You may have heard them on iTunes: a group of food reporters, commentators, constantly talking about all things food.

They crank out 40 shows a week, hitting all topics related to food. To date, they’ve compiled a log of 7,000 episodes. This covers the gamut from sustainable agriculture to food tech to eating disorders to the culinary history of Vietnam.

Patrick Martins, founder of Slow Food USA and Heritage Foods USA, started the program in 2009.  Since then, he’s drawn in the superstars of slow food like Alice Waters and Michael Pollan to his eco-friendly office, hosting conversations on and off-the-air with such food activists. 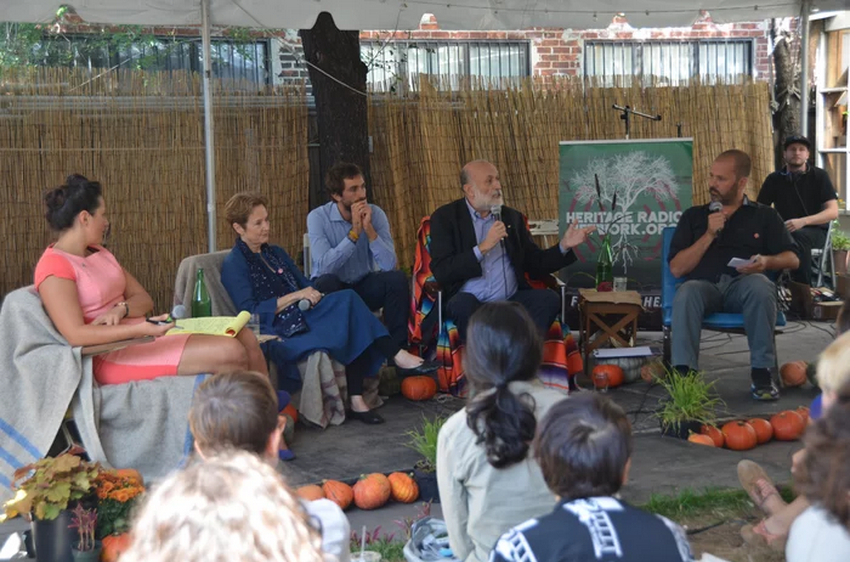 To get younger voices in the mix, Martins and his crew started a scholarship program, getting students from nearby schools to contribute their own food stories.

While they’ve got a strong following of listeners, they’re having growing pains.  So, they’ve launched a Kickstarter campaign, which reads:

“As a scrappy non-profit, we did our best to repair the cracks with the equivalent of internet duct-tape along the way.  But now we’re at a critical point.” 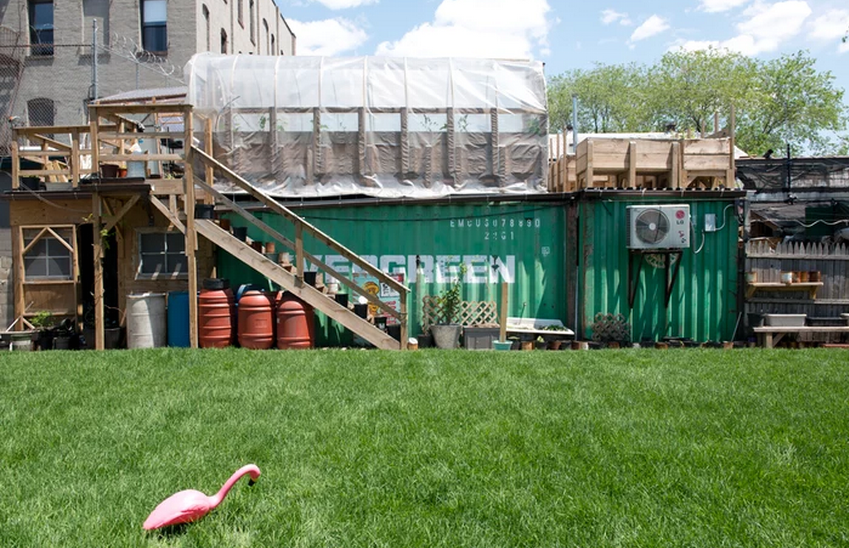 “We want to be the planet for food,” Martins iterates.  To do that, they need a revamping.  So, the largely volunteer-based crew is seeking $35,000 on Kickstarter to support their thriving non-profit.

Most, if not all, the shows are made by unpaid individuals — an issue in many independent media outlets. Despite the recent renaissance of radio and podcasts, the business models have stayed largely the same.

Martins isn’t a novice entrepreneur, though.  While this might be his first media venture, he started Heritage Foods USA, an online marketplace for family farmers to sell their poultry, beef, pigs, and other artisanal meats directly to chefs and customers.  Working with the Slow Food movement, he had developed a network of farmers around the country, who were looking for markets for their product.  Martins played that missing link, connecting them to premier restaurants, farm-to-table chefs, and American households.

That online shop now has a retail storefront in New York City: The Heritage Meat Shop, reportedly the “first all Heritage breed meat shop” in America — not far from Martins’ recording studio in Brooklyn.

These enhances are more of the CDR-Data’s promises to their client’s in providing improvements to reduce resources and increase revenue.

This version now provides their clients with the ability to give their users the tools to extract data, create reports and update extension or cost center information.

The updated system user will provide a pop-up of the Cost Center that will allow the super user to assign multiple cost centers to a user.

Reports may be printed, emailed or down-loaded to an Excel file.

CDR-Data Corporation, based in Pasadena CA, www.cdrdata.com consists of a group of professionals with decades of experience in the telemanagement, call accounting and IT industry. By using an ASP environment, this team has consistently delivered proven products and services that provide answers to management's questions of telecommunications usage and billing. CDR-Data has gained its market share by consistently delivering high quality and flexible solutions to each and every CDR-Data client.