Why the Rockefellers are betting on renewable energy

Sure, it's mostly symbolic. But the global energy business is also on the cusp of a dramatic transformation.

John D. Rockefeller (far right) was a man on the move. His descendants are just following suit. (Bettmann/CORBIS)

The name Rockefeller is deeply synonymous with turning oil into gold. Familial patriarch John D. Rockefeller founded Standard Oil in 1870 and bought up most of the oil refineries in the United States, eventually controlling over 90 percent of the American oil business. "Competition," he said, "is a sin."

That empire, in inflation-adjusted terms, made him the richest man in history with a fortune estimated at $336 billion in 2010 dollars. The Standard Oil monopoly, meanwhile, was broken up and evolved into the global oil brands Exxon-Mobil, Amoco, and Chevron.

But the times they are a-changin', and you don't need to be a weatherman to know which way the wind blows.

Rockefeller's descendants — who still control a cool $860 million through the family philanthropy, the Rockefeller Brothers fund — are dumping the endowment's investments in the oil business and reinvesting at least a portion of that wealth into renewable energy.

And the Rockefeller fund is not the only big name fund divesting from fossil fuels and moving into renewables. The Divest-Invest movement — which the Rockefeller fund has joined — consists of 800 global investors, and has now moved $50 billion away from coal, oil, and gas and into renewable energy as part of a broader push to battle climate change and promote economic and energy sustainability.

But this is still an important symbol because the global energy business is on the cusp of a dramatic transformation.

As Stephen Heintz, president of the Rockefeller Brothers Fund, said in a statement:

John D Rockefeller, the founder of Standard Oil, moved America out of whale oil and into petroleum. We are quite convinced that if he were alive today, as an astute businessman looking out to the future, he would be moving out of fossil fuels and investing in clean, renewable energy. [The Guardian]

Why? As I wrote last December, renewable energy and particularly solar are on a very steep price trend downward thanks to a continued spurt of technological innovations that have reduced the cost of manufacturing. If the trend of falling prices continues for another 10 years, solar-generated electricity in the U.S. will descend to a point where it's competitive with coal and nuclear — by 2020, or even 2015 for the sunniest parts of America. And if the trend continues for the next 20 years, solar costs will be half that of the price of coal today.

Meanwhile, as fossil fuel stocks have been gradually burned away, the costs of drilling are rising as the easy-to-extract stuff near the surface is exhausted. Today, complex extraction practices such as fracking are unleashing new fossil fuel supplies onto global markets but at a vastly higher cost than in John D. Rockefeller's day. That makes the renewable energy revolution low hanging fruit for the next generation of energy tycoons.

So it's no surprise to me that the Rockefeller family believes their ancestor would be behind their move. They're right. 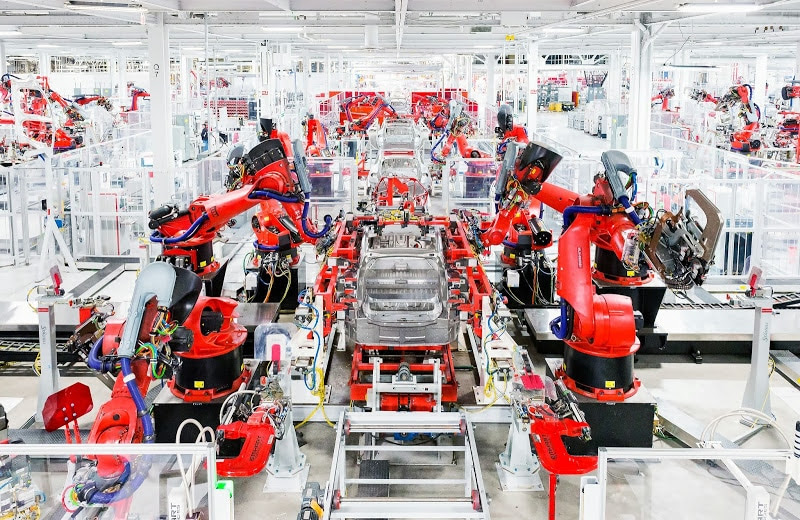 Midtown Manhattan location will open in time for the holiday shopping season, according to a report.


The world’s largest e-commerce company is finally going to embrace bricks and mortar.
The Wall Street Journal on Thursday reported that Amazon.com AMZN -0.76% will open its first physical store in New York in time for the holiday shopping season, citing people familiar with its plans.

The store would be located on 34th Street in Manhattan, close to a shopping district that includes Macy’s M -1.03% flagship and serve as a mini-warehouse, with limited assortment used for same-day delivery within New York, returns and exchanges, and pickups of online orders, according to the Journal’s report.

Sucharita Mulpuru, an e-commerce analyst at Forrester Research, tells the Fortune the space sounds “closer to a post-office” than a retail store and that it remains to be seen what economic boost the location will provide to the company.

Sources told the Journal that Amazon might use the space to showcase its own devices like the Kindle e-readers, Fire smartphone or Fire TV set-top box. If the New York store works out, it could serve as a model for a rollout to other U.S. cities, the Journal’s sources said.

The news comes at a time traditional brick and mortar chains like Macy’s and Neiman Marcus are testing same-day delivery, while others are trying out a service offered by Google. GOOG -1.47% It also comes as those physical retailers get nimbler at using merchandise in their hundreds of stores to speed up delivery, turning them into de facto distribution centers to help them compete with the Amazon facilities that dot the country. For example, Macy’s is now using all 800 or so of its stores to help its online efforts, while others like Target TGT -2.77% are gearing up for that capability.

A number of online-only retailers have experimented with physical stores of late, showing the enduring value of brick-and-mortar locations. They include eyewear retailer Warby Parker, Bonobos, Birchbox, and Rent-the-Runway.


TelecomTemps is proud to offer an expanding line of pre-vetted products to our clients. We invite you to check them out and contact us for availability and special pricing.

Office AnyWhere, from Telespeak, is a permanent (24×7) online collaboration / communication service and work environment designed to unify and engage Distributed/Remote teams!  Now offered by TelecomTemps, this dynamic platform allows users to:
Rich social context - see who is around and what's going on. An always-on office space provides one place for your team to interact.
Integrated voice, video, chat and screen sharing is an intuitive User Interface. No dialing or conference codes. Built-in phone to conference anyone.
Check out these other great solutions from TelecomTemps: