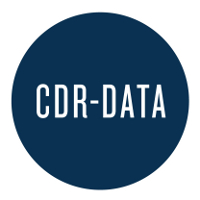 Jamba, Inc. (NASDAQ:JMBA) a leading health and wellness brand and leading retailer of freshly squeezed juice announced today its plans to offer consumers in Pasadena a truly different retail experience with the pending launch of a state-of-the-art Jamba Juice concept store. The store will be unlike any of the Company’s other 850+ retail outlets in that it will feature a sleek interactive bar area, a modern test kitchen, a spacious wifi-enabled seating area, and other innovative concepts.

Set in the heart of the historic Old Town section of Pasadena, the Jamba Concept Store will serve as a learning lab in which Jamba will create and test new food and beverage concepts with the ability to obtain real-time feedback from the store’s customers. In addition to culinary exploration, the Concept Store will be used to pilot innovative solutions that will benefit Jamba stores across the system.

“The Jamba Concept Store will allow us to push the boundaries of the brand and enable us to innovate in three key areas: product development, technology and the customer experience,” said James D. White, chairman, president and CEO, Jamba Juice. “The key to capturing today’s consumers is to provide them with unique and memorable retail experiences. The Concept Store’s interactive bar, test kitchen and other innovative elements will be unique to anything customers have experienced in the industry.”

The Jamba Concept Store will be located at 8798 64 East Colorado Boulevard, a high-traffic area in Pasadena’s historic Old Town district. The Grand Opening is set for late January, 2016.

Founded in 1990, Jamba, Inc. is a leading restaurant retailer of better-for-you, specialty beverage and food offerings, which include great tasting, whole fruit smoothies, fresh squeezed juices and juice blends, hot teas, and a variety of food items including hot oatmeal, breakfast wraps, sandwiches, Artisan Flatbreads™, baked goods, and snacks. As of September 29, 2015, there were 814 Jamba® stores system-wide in the United States, of which 720 are franchise-operated stores, and 94 are Company-owned. Jamba is a proud sponsor of “Team Up for a Healthy America” in the fight against childhood obesity and encourages fans to join the Team Up community of celebrities, athletes, and other leaders committed to getting kids active and involved at www.myhealthpledge.com. Fans of Jamba Juice can find out more about Jamba Juice’s locations as well as specific offerings and promotions by visiting the Jamba Juice website at www.JambaJuice.com or by contacting Jamba’s Guest Services team at 1-866-4R-FRUIT (473-7848).

Money is not funny. Especially when it comes to your own company. It’s no news that after the bootstrapping stage, startups often fall in the trap of spending their preciously raised funds on things that are not that important – to the point at which they run out of runway and eventually find themselves as another failed startup.
However, don’t rush into choosing the cheapest options possible and cutting down the costs to the barely survivable minimum for the sake of impressing your investors. In fact, some expenses are not only unavoidable, but necessarily.

6 Startup Expenses You Should Avoid