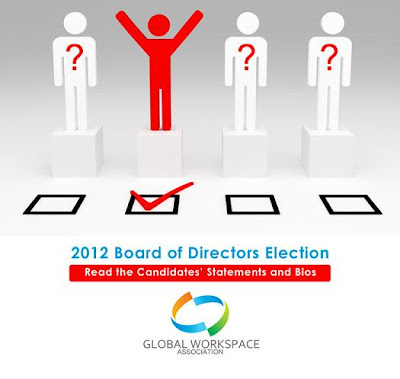 At ABCN’s WorldView Forum in Brussels, we’ve got your bottom line in mind.

From joining the mobile revolution to 'greening' up your business models, we've covered a range of great topics at past WorldView Forums, knocking them out of the park. This year? We're taking it to the bank.

Trend-setting forecasts, thought leadership predictions, revenue growth patterns. Join us on Wednesday, September 26 as Chairman Frank Cottle sets the stage by kicking off our biggest, boldest, most bottom line boosting program of all time. Prepared to give up industry insights and money-making secrets, Frank and our panel of experts are ready and waiting to start things off with a bang!

Give your bottom line the star treatment it deserves and register now! In 2012,  ABCN is  going to Show You the Money!

Exclusive Report: Out with the old, in with the new mobile data plans

At the risk of being indelicate, permit me to put a salacious spin on it: having seduced us, they now tell us it's going to cost us more. The "they" in this case are the mobile operators; the “it” is the price for mobile broadband data access. The all-you-can-eat model, as many had presciently noted, has become a victim of its own success.

More on this Topic

advertisement
Indeed, if Cisco's Visual Networking Index for global mobile data traffic is on target, then video traffic this year, for the very first time, will constitute a majority of all mobile data traffic. Increasing mobile broadband speeds combined with a variety of more powerful mobile devices are putting pressure on mobile operators' bottom line, forcing them to consider other pricing options for subscribers.

Addressing this challenge, Connected Business Research (CBR), the newly-formed market research arm of Connected Planet, has released a report on mobile data usage. The report, "Mobile Data Usage Billing Trends," is CBR's inaugural study. Based on feedback from more than 300 respondents to an on-line survey, we are clearly heading into a time of great change. While usage-based billing, either with or without subscriber contract, is the most popular way mobile operators currently charge for data, a super-majority of operators are definitely, probably or possibly considering changes to data plans next year. For a large number of operators, tiered data plans are the way they would prefer to charge, and a significant but considerably smaller number favors dynamic pricing (e.g. based on network load) or pricing based on the service (e.g. Netflix, YouTube). Here a few other things the survey found:
· Factors such as network technology or spectrum do not have much impact on operators' desire to change billing plans
· Smaller operators don't lag too far behind big operators in offering multi-device data plans for individuals or families
· When it comes to changing billing plans, technology readiness/cost and regulatory considerations are much less important than market perception and competitive considerations
The last point is particularly important. Few things affect customers more than being told they'll either have to pay more or cut back on usage. That means that operators that want to change their billing plans have their work cut out for them. And that, in my view, will be a particularly tricky task.
Here's why. First, user demographics are changing. Right now, according to Cisco, the top one percent of mobile data subscribers generate more than 20% of mobile traffic, down a whopping ten percentage points from a year ago. Usage is likely to become even democratized in the years ahead, and so will access to smartphones, tablets and other mobile devices. Also, connected tablet traffic will grow. Then there is the ubiquitous laptop--Cisco estimates laptops generate 22 times more traffic than the typical smartphone.

Operators considering change of billing plans will have to keep in mind that an increasing numbers of users will become bandwidth hogs even as an increasing number of users have multiple devices that can connect to the network. Tailoring data usage plans without making them overly complicated is the challenge operators face in the fast-shifting mobile environment. The battle for data subscribers is only now starting to get into high gear and, as they say, we ain't seen nothing yet. Badly tailored data plans could very well snip an operator's revenues and profit and boost a competitor's market share.
For those interested, there is much more detail — including an executive summary and the full table of contents – in the Connected Business Research report on "Mobile Data Usage Billing Trends.”
Posted by CDR-Data at 4:42 PM 1 comment:

Drinks & Appetizers
will be served from 6-7pm.

Mark Walter, General Manager of PBC-Burbank & President of GWA LMN-LA will be emcee.

Carolina Rendeiro CEO of RightSpace Management INC. & Immediate Past President of Global Workspace Workspace Association (formerly OBCAI) will give some insight of the new GWA, the conference & thoughts of the industry.

Wendy Spreenberg - President of Site Resolutions will speak for 15 minutes of what to plan around planning & implementing your vision.

Richard Schuchts Managing Partner of SQFT Capital Advisors, Miami Florida will provide his perspective as a broker for not only traditional BC but for co-working. Richard has presented numerous other GWA events & will share creative ideas on how to reach his market.

There will be plenty of prizes raffled off including a $200 gift card for the Hollywood Bowl provided by our generous sponsors,
Davinci Virtual Office Solutions, Morningstar, CORT Furniture and CDR-Data Corporation.

Parking is $20 for 2 hours. You may find street parking on Barry for free!