The Fuzziness of Apparent Transparency

The Misdirection Police are on patrol again. This time, our cross-hairs are zoning in on the use of the term “transparency”, as if apparently practicing it is sufficient to qualify that one is indeed being transparent. Specifically, the debate I’ve joined is whether posting a price on a website or ad is automatically an act of transparency and integrity…and contesting the point that not posting prices is an act of non-transparency or deception.

Many who post prices do so, no doubt, with honorable intentions and truly are in pursuit of demonstrating transparency, which is an ethical act of that serves both the public and the advertiser/business well.

The problem is, some post pricing in an attempt to be purposely non-transparent – an act designed to mislead by B-to-Bs and B-to-Cs, as in: here’s a come-on price to get you through the door…watch out for the bait and switch…or did you read the fine print? This is not always the case, but you must admit, it is common. Posting prices can be more misleading than transparent.

Like I said, many businesses (and hopefully yours) pursue true ethical behavior and transparency when advertised pricing, but what happens when you’re playing in a sandbox where your playmates are using price as a gimmick to funnel in prospects and get their hooks into them before you get your fair chance too? As premier placement, paid advertising and optimizing so you’re above the fold on Google shows – getting to the prospects before your rivals do is the key to sales and marketing gold. But at what price?

How does a consumer know how to wade through and sort out the truly transparent advertisers from the ‘apparent’ transparent ones that are really price-feigning hucksters? They don’t until it’s too late and they’re in the grasp of the apparent transparent-ers. Where is the fairness in this equation. Self-claiming one is transparent, or thinking they’re practicing transparency by simply posting a price, isn’t enough.

In fact, I would argue that in some instances, not posting prices is a greater attempt at transparency, than posting them. When a prospect calls or emails to get pricing because they saw something on an ad or website that sounded appealing and compelling, at that point, verbally or in writing one can really zero in on their needs and quote them a customized, truly transparent price – and not a low-ball, no-frills, come-on ad or web price designed to suck them into the sales funnel.

Furthermore, if they’re calling about a low-ball price that was posted just to snag them, only to find that the price they saw didn’t apply to their usually  more elaborate needs (needs that seemed reasonable to them and that presumed ought to be covered by the posted price), that’s simply an awful way to start up a potential sales discussion and relationship –  a salesperson back-tracking and making excuses as to why the price posted didn’t apply to the prospect making the inquiry.

If you sell goods or services that are not broad in range, and thus fall into a relatively narrow price band , then posting prices is perfectly fine. Same thing if you are a business designed to sell at the lowest price in town, and bargain pricing will make up the bulk of your sales. Post on.

But if you sell goods or services based on value, and have a wide spectrum of offerings and price points, be careful with the way you post your lowest pricing, which to some insinuates standard pricing that they think they can count on for fitting their specific budget. It could backfire – and it definitely doesn’t signal transparency if you’re using low posted pricing as a hook.

Sales, discounts and couponing are a different story. Just make sure to be “transparent” with those specially advertised sales pricing practices so that they are not confused with standard, ongoing pricing. Unfortunately, too many intentionally blur those lines in today’s marketplace, then hide behind the façade of pricing integrity and transparency.

Meanwhile, be careful not underestimate, demonize or dismiss those businesses that don’t post pricing. They might actually turn out to be more transparent and honorable by quoting qualified, precise pricing,  than some practitioners of apparently transparent posted general pricing who are, in fact, being  intentionally fuzzy. Don’t worry…the Misdirection Police are on their tail. 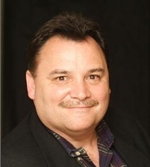 Ray Lindenberg is a BC/Workspace Industry leader as the Director of Branding at Select Office Suite; Co-founder of the Workspace Association of New York;  author of the upcoming book for industry insiders: “Winning Workspaces: A Guide To The Best And Most Profitable Industry Practices”; and columnist for the Winning Workspaces Q&A Column in the Business Leader Post, with readership in 146 countries. Here’s the link to the weekly column: http://www.businessleaderpost.com/category/qa-columns/winning-workspaces-qa/