What Does the Office of the Future Look Like?

For the commercial property industry, that’s a million dollar question.

Peer inside a dozen different office buildings and the chances are you will see a dozen different office cultures. The office as we know it has come a long way – cubicle farms and private office space are giving way to open-plan offices, and from traditional long-term leases came flexible serviced offices. Furthermore, free Wi-Fi in cafes helped to promote the co-working movement.

There are numerous theories and suggestions about the future workplace. The common ground seems to be that the future office will most likely reflect the requirements of a much more flexible and mobile workforce. For example, a recent Regus study – ‘Flexibility Drives Productivity‘ – found “hard evidence” that flexible working helps to overcome barriers for growth. Their research claims that 72% of global businesses reported increased productivity as a direct result of flexible working practices.
The Regus study also found that 68% of firms declared that flexible working led to staff generating increased revenue.


If flexible working equals increased revenue, that’s surely the route most – if not all – profit-seeking businesses will want to take. So the future office certainly seems to be one that will pander to the needs of a more flexible workforce, whether that be mobile workers, part-timers, freelancers or homeworkers.
The aptly named Office of the Future: 2020 goes further into the concept.

Featuring a comprehensive range of research studies conducted by staffing organisation Office Team, the general consensus is that there will be fewer set locations, and employees will increasingly work from diverse locations, with teams equipped to work – and be managed – on a remote basis. From a staffing perspective, those people that can adequately adapt to new situations and fit into a work-on-the-go environment will be in demand.

Office of the Future: 2020 predicts that technology will play a significant role in allowing staff to work off-site, while companies will come to rely on a range of plug ‘n play environments within which to land. Essentially, “going to work” will be redefined as employees become more mobile.
Technology is at the crux of progress for both work-on-the-go professionals and the workspace industry. Jerome Chang, founder of co-working facility BLANKSPACES, believes that workspace and technology are intrinsically linked.

“I see coworking and real estate the same as software and hardware. Once every Joe is comfortable with computers, then we can move toward Web 1.0, then 2.0, and hopefully, mobile. By then, we’ll see many more nimble workspaces in airports, malls, and hotels. Everything from how power and data is distributed will be more standardized.”

He believes that concierge or front desks will be commonplace, helping workers to get acquainted with the day’s touchdown space. He thinks that landlords will become more like today’s cloud servers, in the sense that their office space will be “modular, reconfigurable spaces”.

Bridget Hardy of Integrans Consulting believes that the future workplace will be more of a ‘pay as you go’ environment. Rather than rows of static desks, the space will work harder and offer more options – such as collaborative spaces, “huddle areas” and quiet areas for workers to “get their heads down”.
Offices that ‘work harder’ to make better use of available space, helping to minimise floor plates and reduce overheads certainly seems a viable solution. Combine this with the evidence that greater flexibility at work results in happier staff and bigger revenue margins, and you’ve got the makings of a recipe for success.

What’s your view on the future office?
Posted by CDR-Data at 2:18 PM No comments:

Convergence of Emergency Voice and Data

None of my adult children have a land line. It is unlikely they ever will – or will even consider it. They’re millennials, and grew up in a digital world where phones are mobile, kept in your pocket, and used for texting and social networking and web access, not calling mom to see how she’s doing.

It’s unlikely that they – or others sharing their view on communications – have considered what that means to their ability to obtain emergency services should they need them.

When organizations first started moving toward a converged network comprising both voice and data, the uproar over emergency services was heard loud and clear. Emergency service systems were designed to tag  phone numbers to specific addresses for rapid response, based on the premise that a physical wire actually connected the phone to a location.

But that’s no longer the case. The increasingly unwired nature of technology ignores that premise and ultimately breaks the system. E911 was developed to address this disconnect and systems were added that were able to use geo-location through techniques such as triangulation as a means to pinpoint an address. VoIP complicated things yet again, and the sometimes inaccurate databases tying IP addresses to locations frustrated implementers. The addition of tablets and Wi-Fi-enabled phones only serves to exacerbate the difficulties emergency services has with trying to identify the location of a caller in need of assistance. Though most phones and tablets are enabled with GPS, the data from which could be used to solve this problem, many users are reluctant to allow any application to share that data or have turned off the functionality because of its tendency to draw too much power and drain battery reserves faster than they can update Facebook.

In North America, location is determined by querying the automation location information database, maintained by third parties (typically the ILEC). Data from the ALI can be used to route the call to the appropriate local authorities as well as determine the location of the caller. Except the way in which the ALI is updated is not necessarily compatible with mobility. It’s not necessarily updated in real time, which means despite the availability of up-to-date GPS coordinates from most mobile devices, a call to emergency services might tag you as being at home, when you’re really at the local Dunkin Donuts.

That’s a problem, and one that’s increasing as VoIP becomes more popular as a means to communicate, especially for millennials. VoIP even on mobile phones is common with the next generation, and the rising popularity of tablets (which do not come with phone numbers) encourages the use of such peer-to-peer (especially as they’re generally free) communications.

There is a growing need to find a longer-term solution to the problem of locating a caller that is accurate in real-time across both the IP and traditional carrier space. A more modern solution may require a radical change in the networking layer to support the inevitable transition of more and more communications to a digital format.

Perhaps we can take a cue from the lowest levels of the networking stack and geo-stamp packets much as we timestamp them. Perhaps there’s a need for a new Ethernet type, the E911 type, which clearly indicates packets carry time-sensitive, critical calls for help.

A more network-oriented solution – given that almost all emergency traffic flows over networks today – may be the answer to resolving the disconnect between the two worlds. Giving infrastructure the ability to geo-stamp a specific traffic type may provide the best answer, given the preponderance of availability of such data from devices whether accessing services over the Internet or a carrier’s cellular network. The emergence of LTE makes this possibility even more likely – and achievable – given the convergence under the covers of voice and data running on the same network.

It seems feasible, then, that network infrastructure play some role in ensuring that calls for help – whether via VoIP, SMS, or cellular – be identifiable when mixed in among traffic carrying status updates and streaming video of cats dancing to the latest Lady Gaga tune. 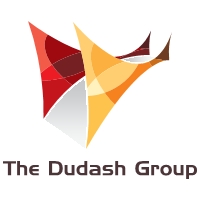 You’ve most likely met me through my employment with Executive Office Centers, Alliance, Vantas, HQ Global Workplaces, Alliance Business Centers Network, Corporate Office Centers, Synergy Workplaces, and most recently, Carr Workplaces and the Preferred Office Network.  After 21+ years of combined service to these outstanding groups, I have started my own e-suite consulting business and believe my services could be of significant value to you.   Who better to help your company than someone who has walked the walk and talked the talk?

My specialty is developing operational systems to ensure efficiencies and increased profits. I analyze the problem, make recommendations, and execute changes needed for a smoother-running company. Whether it's developing company procedures, acting as project manager during business center openings, facilitating an acquisition/integration, performing on-site center audits, assisting with special projects, or providing ongoing operational support, I can handle it for you.

My reputation speaks for itself, not to mention the numerous endorsements I have of my work.  You can't ask for a better partner! Take a look at some of the many services available to you:

If any of my services are of interest to you, let's discuss how I can help your business run smoother, more efficiently, and grow into the business you know it can be.